Tether cars have been around for a long time. The actual vintage cars run up into the thousands of dollars for the well made versions from the 40’s and 50’s. I love the graphics on the old boxes…

It was a good week for me in regards to poster collecting. I received a couple of packages from my international dealers.

Some nice examples of vintage motorcycle racing sweaters from a recent auction. 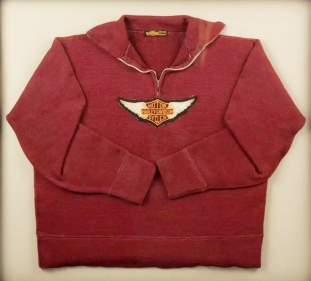 A recent auction featured a collection of vintage motorcycle pennants. I still cannot afford to collect them but I am obsessed.

The boys over at VR Garage are moving along with the 58 Dodge D100 project. New motor and transmission are in. Cracks in the frame have been cased and welded. We were talking about some color combinations this week and came up with a nice rootbeer brown flake to compliment the patina. To see what it might look like I mocked it up. 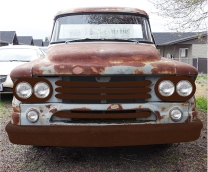 Next it is on to the brakes, suspension, steering, wheels, electrical… oof!

Another one bites the dust…

Bummer, I missed out on a vintage motorcycle racing window card that I had never seen before. 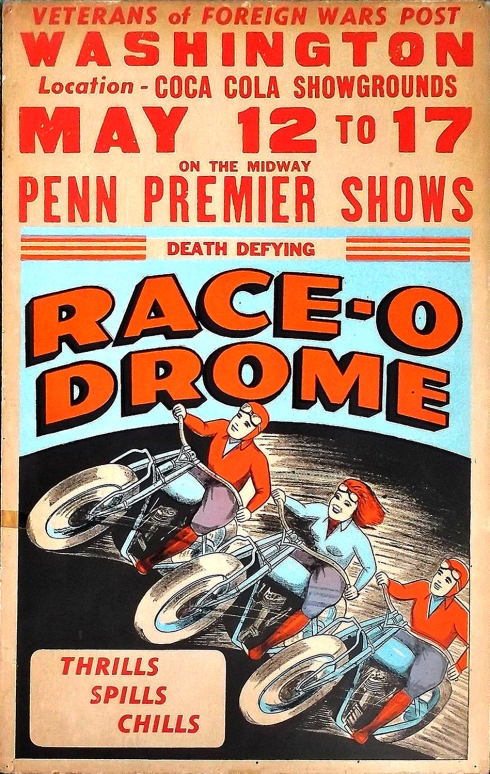 It’s been a while since I posted any photos of the 1948 Jeep CJ2A. Since last time I have powder coated the wheels, rebuilt the carb, ordered a military sun top, and changed all the brake lines. Still more to do, but it is looking good. 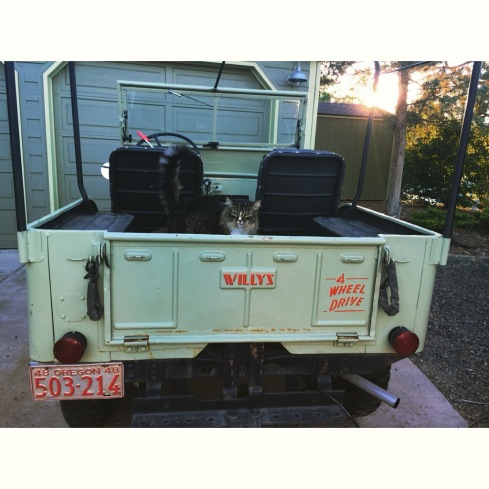 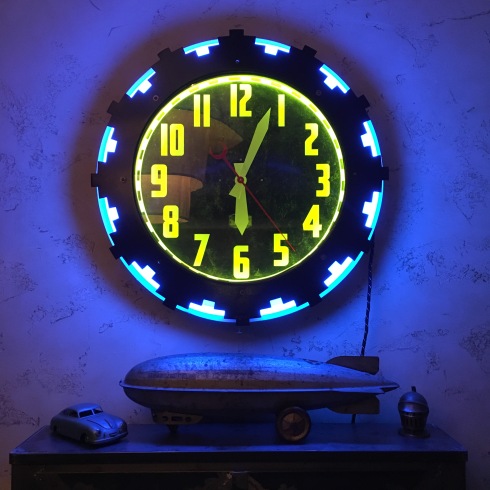 I purchased an old Cleveland Aztec Neon clock several years ago. When I purchased the clock it had a working clock mechanism, but the neon was not functioning. One ring of neon was there and the other was long broken. I purchased it from a junk store for $45.00, as the proprietor told me the clock mech had recently stopped working and the clock was only good for parts. The case was faded and chipped and the hands were long faded, but the clock face was good and it seemed all the parts were there. I opened it up and got the clock running again, and then restored the case with fresh paint. The intention was always to get the neon replaced and get it back in form. I hung it on the garage wall and let it run. There was no time adjustment bar connected to the clock mech, so every daylight savings I had to unplug the clock and let it sit until the time caught up with the clock. Four years passed and I never did anything with the clock.

I recently celebrated my 50th birthday and went on a trip. When I came home I walked into my house to see a funny glow coming from the kitchen. When I entered the kitchen I found the Aztec clock sitting on the counter with brand new neon glowing like it originally was meant to. My neighbor, who works in the sign industry, had snatched the clock while I was gone and replaced the old neon with new as a birthday gift! It was the best gift I could have ever imagined.

During the neon replacement process the old original clock mech had stopped working. I removed it and did my best to get it un-seized, but to no avail. Over the years I had done research on Cleveland Clocks and found that there was a company called Petrorelics that was reproducing replacement parts and had replacement motors. I ordered a motor and a time adjustment stick and anxiously waited for them to arrive. Once the arrived I found that the old hands did not fit the new hub, so back to Petrorelics.com it was. I ordered new hands that fit the new clock movement and ordered a hanging bracket as well. I had to fabricate a bracket to install the new clock mech, and once this was all done it went together without difficulty. It looks great, and now should last another 100 years.

Recently I missed out on a few gems for my motorcycle poster collection. 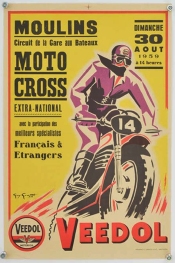