Moto Posters From The Netherlands 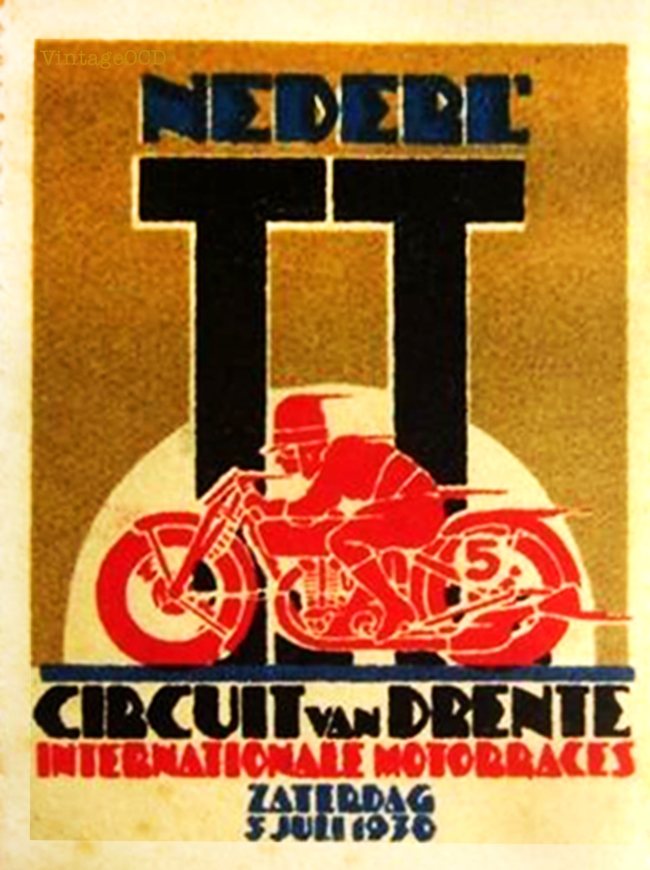 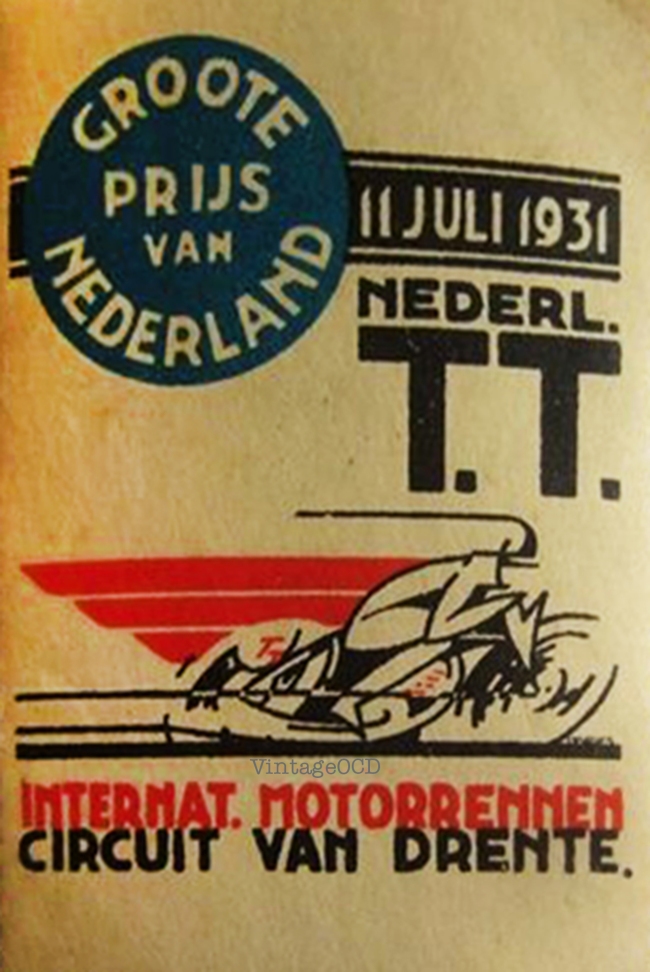 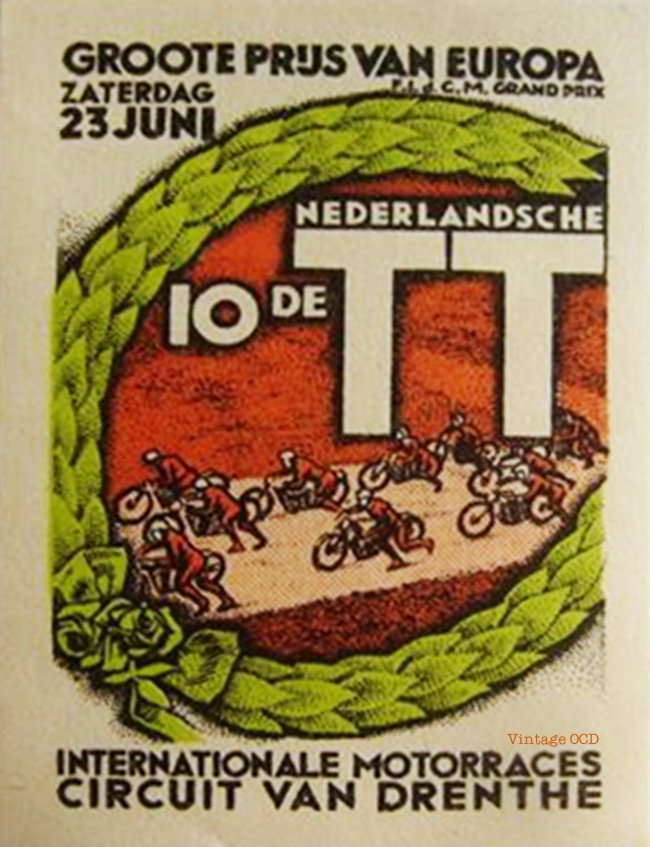 A Couple For The Collection 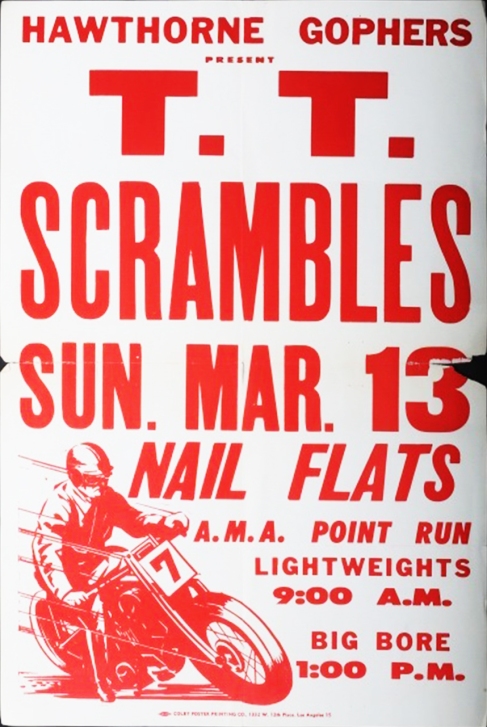 Two More That Got Away

Lost these on eBay… 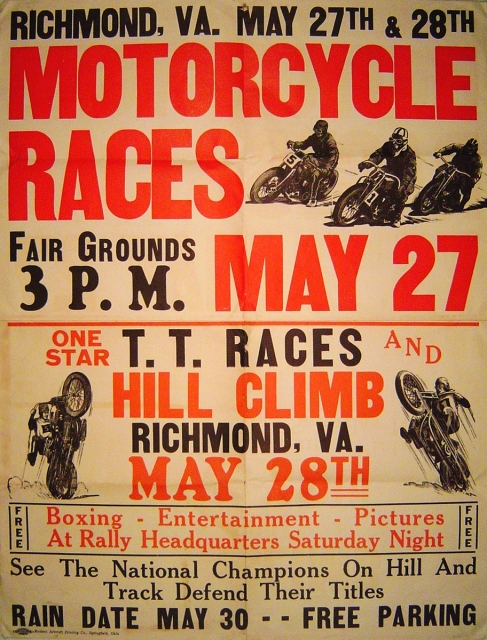 It occurred to me today that Benzina magazine only published a small portion of my French Motorcycle Posters, so I thought I should get them up here so everyone could enjoy:

I came across a nice grouping of 1950’s Swedish motorcycle racing posters from a dealer in Europe. Nice graphics!

Too bad I can’t afford them… 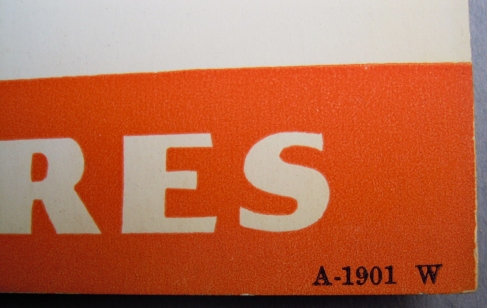 Wow, sometimes it pays to ask the right questions… I was recently talking to a young hipster in Casarama and the subject migrated from vintage leather jackets to vintage motorcycles. In the conversation my young hipster friend mentioned that his uncle and grandfather used to race TT Flat Track races back in the 1960’s and were an integral part of forming the American Cycle Association to counterbalance the newly forming strict regulations by the AMA on TT racing and the dangers associated with it. Being a poster collector, I quickly asked if he might have any old posters or memorabilia associated with his uncle or grandfather. He scratched his head and said, “I think my Grandpa has tons of old paper goods out in his shed, but they have been there since the 1960’s and the rats and water have damaged them. I will check next time I’m at his ranch and see if any are salvageable.”

I had nearly given up on the conversation after a few weeks, thinking that he either didn’t check, or that there was nothing there. Well, lo-and-behold, yesterday he turned up with a couple of hand-fulls of paper in my shop. He said that he had dug into drawers and had unearthed “tons” of old posters, mailers, programs and banners that had survived the carnage of the years of water and mice. He said he had duplicates of many. I was about to get excited when he also told me that he had done some research after finding them and had found that Bonham’s Auction House had listed an exact copy of one of the posters and had valued it at $300 – $500 at auction. His feeling was now that all of them were worth $300 -$500 EACH! Sometimes I hate the internet, but what I really hate is that people believe that what they read is always the truth. I tried to reason with the young man and tell him that I have never paid more than $150 for any vintage motorcycle poster, and those were the best examples. Never-the-less, he stood his ground and I was forced to pay a little more than I was comfortable with in hopes that he might turn up with some more in the next few weeks. This is what I bought so far, and barring that his phone inquiry with Bonham’s doesn’t undermine my reasoning, I just might get some more in the future:

Isle Of Man – Slow Down!

I just picked up this poster from 1976. It is from the Isle Of Man races. The poster was produced to try to encourage drivers along the raceway to slow down so they did not collide with the Isle Of Man motorcycle racers. 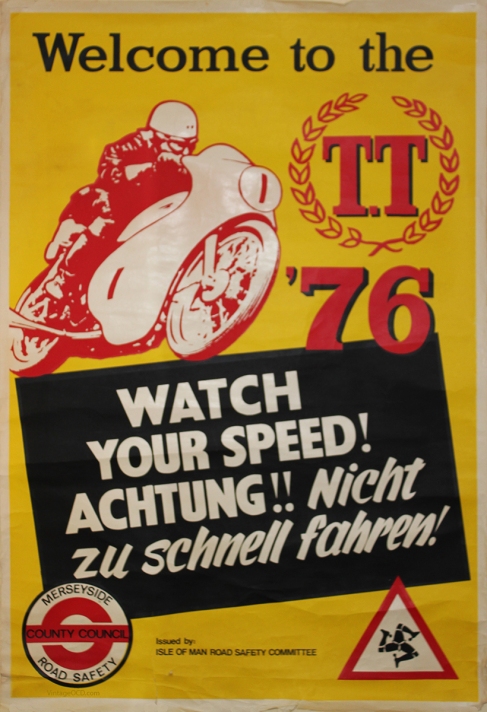