Wow, sometimes the picking gods shine upon you when you least expect it! I was obsessed with the Dodge Sweptside pickup and started looking for one about a month ago. None were available at any price I could stay married over, but I cam across a Craigslist listing in Washington State for a D-100 Step side for a really reasonable price of $1000. It needed a restoration, ut the bones were all there.

I emailed and emailed the listing and never got a return email so after a week I noticed the lister had added a phone number. I called him up only to find out that there was a buyer driving up to pick it up in 2 days, but that he would hold it for me as a parts car if I would be interested in buying his Stepside project he had in the garage! For only $8000 I could buy his parts and pieces and assemble my own Stepside… and then get divorced.

I gave up the thought and let the step-side go, thinking that someday I would find another in a field or something and all would be well in the world. Then my obsession ate away at me and I went over to eBay and put in an alert search for any 1958 D-100 that might come up. Less than a week later I got a listing alert for a nice 58 Step-side that was rust free and all original and was no reserve starting at $500. Then I looked at the location… and BAM! It was within a mile of my house! I spent the next week waiting and bidding and hoping and obsessing and talking to my wife about this truck I might buy. Today the stars lined up and I won the auction. The wife relented and I will be picking it up within the week. Let the work begin!

Here are the auction photos: 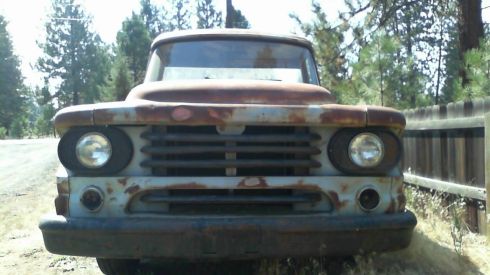 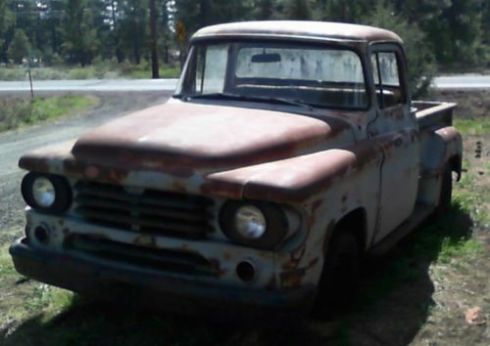 I will take more photos when I have it in my possession. Until then…