An old vintage motorcyclist enthusiast I met in Casarama last week told me about the Oregon Vintage Motorcyclist show & swap meet that happens every May at the Benton County Fairgrounds in Corvallis, Oregon. The show was happening the following weekend (this past Saturday & Sunday) with the swap meet and bike rally on Sunday. Since I had little planned on Sunday, I made plans with The Missus to head over early Sunday morning in hopes of finding some parts and inspiration for my CB350 Cafe Racer Project. I wasn’t sure what to expect but I was excited to go.

Sunday morning we were up early, and with a quick check of the Corvallis weather, which looked good, we were out the door for the 2.5 hour drive over the mountains. As soon as we hit the Corvallis city limits the rain started. It was one of those misty-drizzley rains that has you soaked before you realize you even need an umbrella. As we pulled up to the fairgrounds I was pleased to see that vintage motorcycle enthusiasts are like postmen, and won’t let a little rain, sleet, or snow hold them back from showing off their projects. The bikes were rolling in. The rain had thinned out the parts dealers but there were some amazing bikes to drool over. I didn’t find any parts for the CB350 Cafe Racer Project but I took alot of photos of amazing bikes. These were just a few… 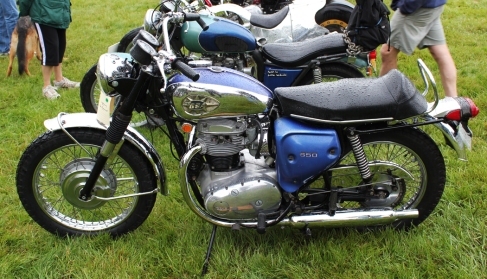 Gitta was even excited about the size of this one for herself and had it been complete we might have gone home with it. 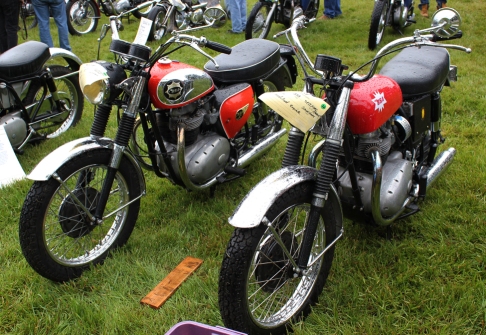 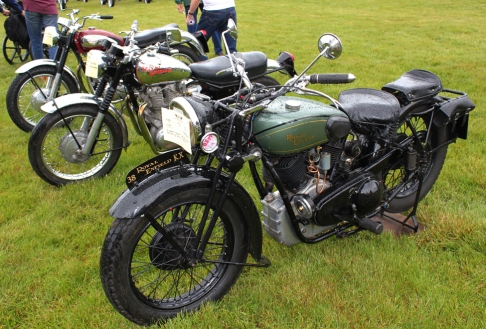 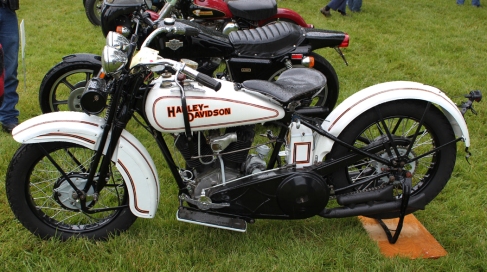 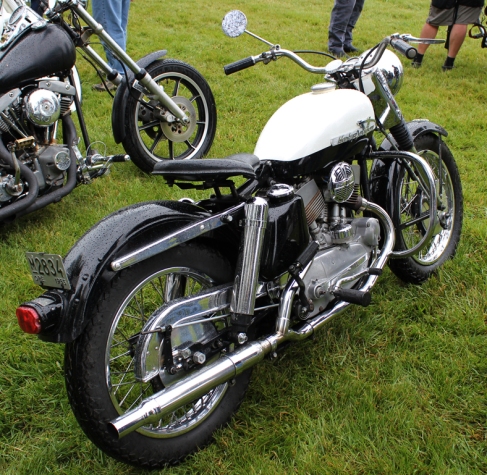 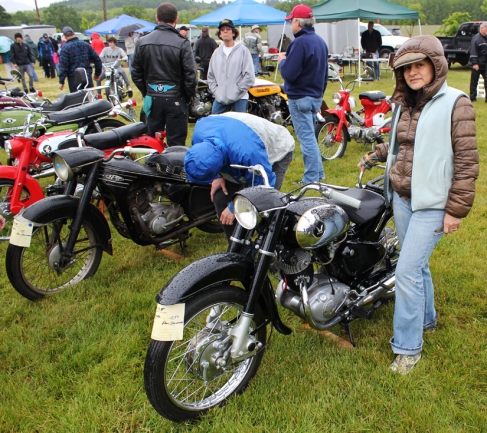 Several times during the day the words, “This one would be good for me!” were said, which gives me hope that I can continue my motorcycle obsession. 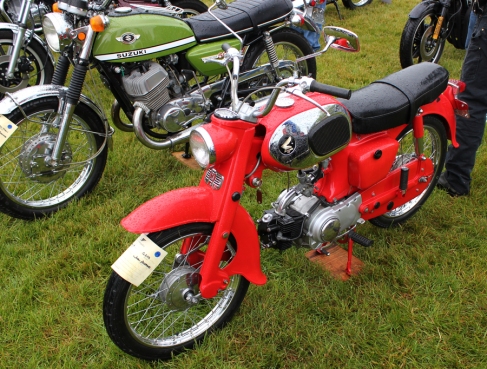 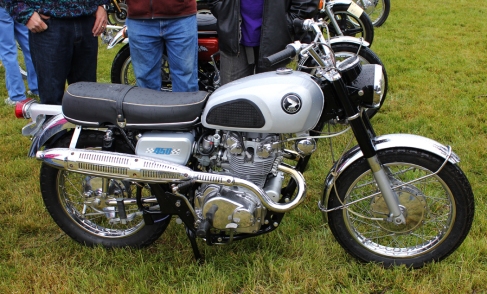 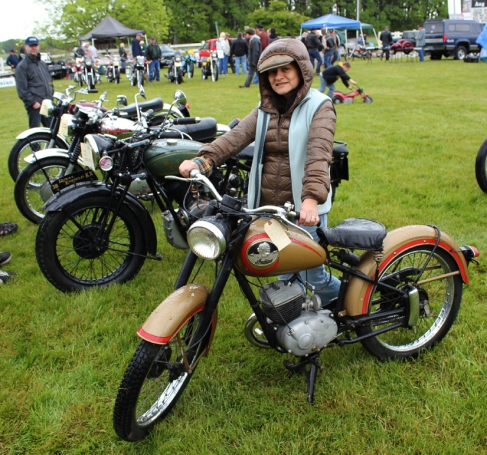 This one was a Royal Enfield Indian. 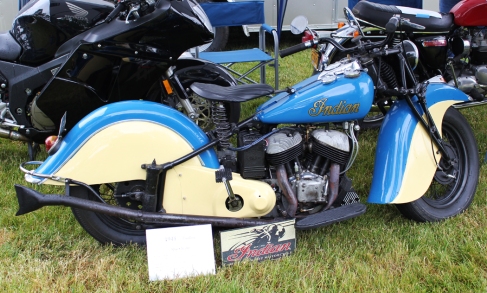 (An Italian Harley Davidson custom frame project from the 1950’s)

(This guy came flying in with the marshal chasing him down to tell him where to park.) 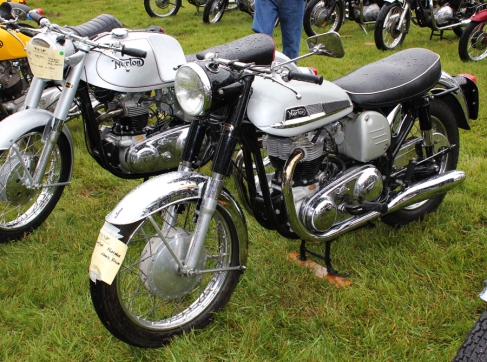 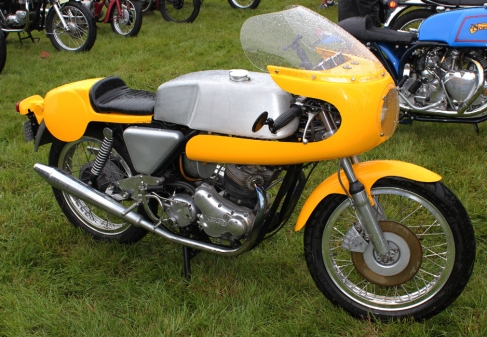 (This was a NorVin – A Norton frame with a Vincent HRD engine.)

An Ossa Wildfire from Isle of Mann 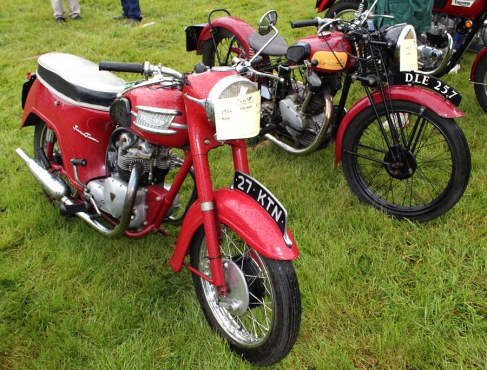 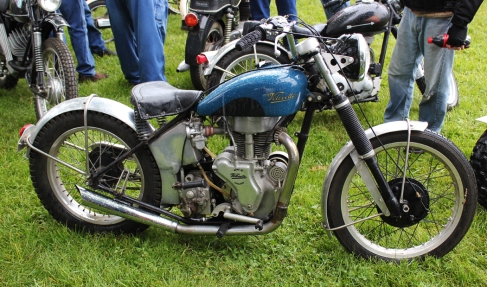 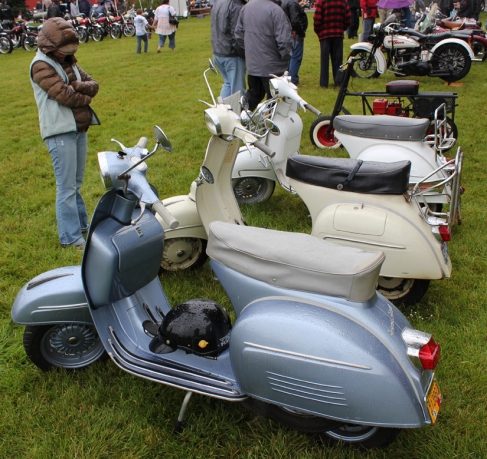 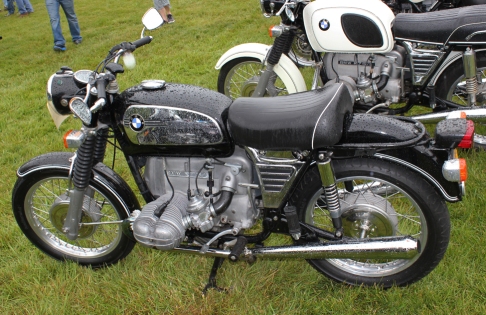 & more… Too many to photograph in fact. I could have made a dozen trips around the field but we were getting soaked and The Missus had taken in her fill of vintage iron. Next year I will make a point of spending more time and taking more photos. Hopefully my Cafe Racer Project will be finished and I can roll it on over…

The rest of the afternoon was spent in antique shops. We found some treasures, so the day was a total success for both of us.